Nara-ken is one of the most sightseeing city that has world heritage sites in Japan!
We recommend you visit many historical places tracing Japan’s roots other than visit world heritage sites.
Have a longing for ancient roman feeling history and mystery of ancient city. 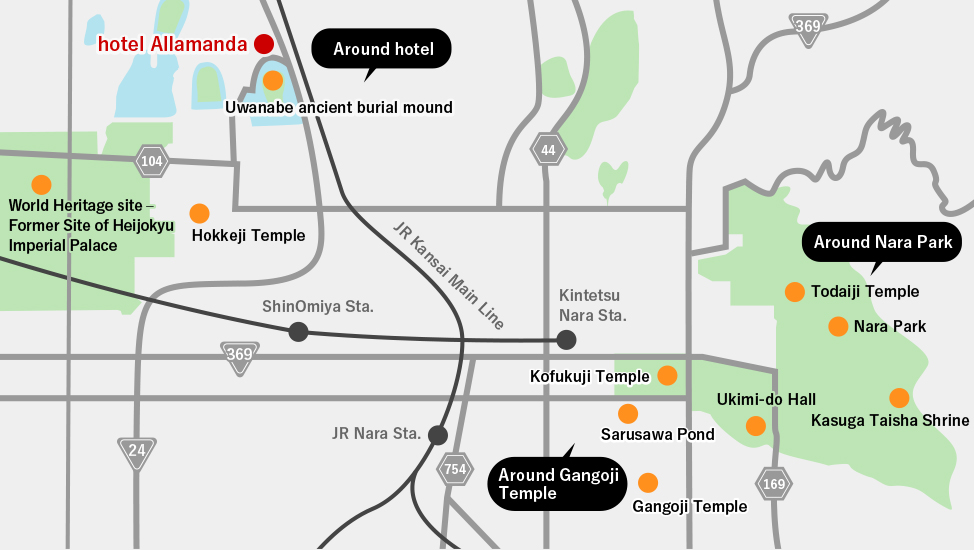 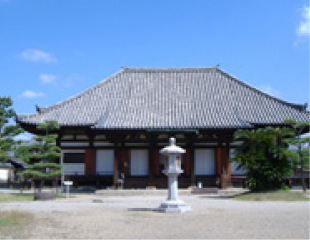 A temple of Komyo sect located in Hokkeji-cho, Nara-shi and was the so-kokubun-ni-ji Temple (the head nunnery temple) of Japan in the Nara period. The main image of worship is an eleven-headed Kannon statue said to represent Empress Komyo. Dog talisman made of goma’s ash and clay, covered with colorful patterns is famous too. 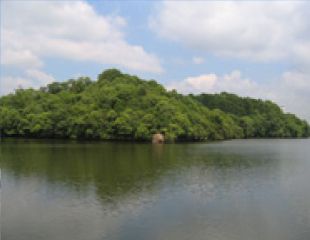 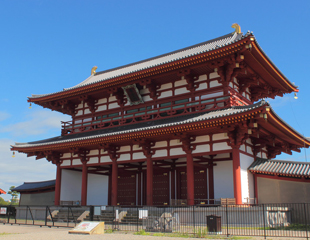 Heijo Palace stood in the north of Heijokyo in 710 (Wado 3), and was 1.3 kilometers from east to west and 1 kilometer from north to south. Many public offices other than Imperial Palace and Imperial Audience Hall Chodoin where national ceremonies and politics were conducted stood around here. Heijo Palace was surrounded by 5 meters high roofed mud walls. Each side had 3 gates, 12 in all and the grand gate to the south is Suzaku Gate. 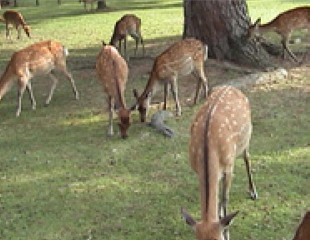 Nara Park is a vast city park of “4 kilometers from east to west and 2 kilometers from north to south” which has Todaiji Temple and Kofukuji Temple that are designated as National Treasures and World Heritages.
It is one of the most popular tourist destinations in Japan that many tourists visit from overseas as well as from Japan. The Great Buddha in Nara and deer are internationally famous. It is a main tourist destination in Nara and many students on school trips can be seen too. 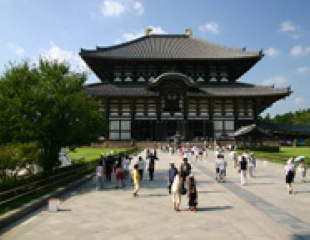 Todaiji Temple is the main temple of the Kegon sect of Buddhism. Many National Treasures and Important Cultural Properties such as Rushanabutsu – commonly called “Nara no Daibutsu” are owned. It is one of the 8 “Historic monuments of Ancient Nara”, the World Heritage site. 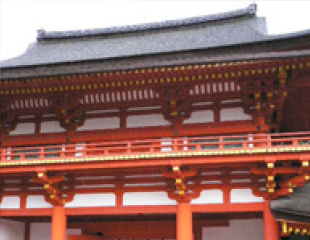 Kasuga Taisha Shrine has buildings surrounded by corridors, and is located in Nara Park. Built in 768, and is the Grand Head Shrine of all Kasuga Taisha Shrines in Japan.
It is registered as a World Heritage site as part of the “Historic Monuments of Ancient Nara”. 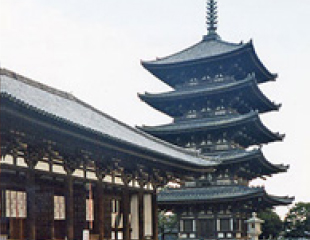 The head temple of the Hosso sect, located in Noborioji-cho, Nara-shi, Nara-ken. It was destroyed by fire and war many times.
The present halls and pagodas are partially buildings after Kamakura. Chukondo Hall (central main hall), Higashi-Kondo Hall (east main hall), Hokuen-do Hall, Nanen-do Hall, five-storied pagoda, three-storied pagoda, Oyuya (Big Bath House), Omido and National Treasure Museum are built in the vast precinct. It is one of the 8 “Historic Monuments of Ancient Nara”. 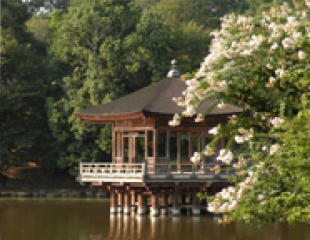 It is a hall that floates on Sagi-ike Pond in Nara Park. You can see cherry blossoms in spring and autumn colors. People enjoy sketching Asajigahara in the back.

During the period of Illumination Street in Nara, you can enjoy fantastic spectacle created by lighting up. 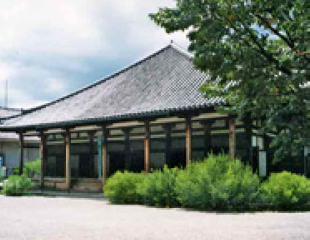 Gangoji Temple is one of the seven great temples of Nara. It prospered together with Todaiji Temple and Kofukuji Temple in Medieval times, but Gangoji Temple declined after that and is now separated in two temples.
Registered as a part of “Historic Monuments of Ancient Nara”. 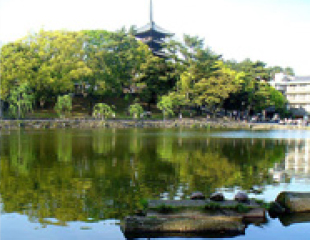 It is a pond 360 meters round located in Nara Park, Nara-shi, Nara-ken. The scenery of Kofukuji Temple five-storied pagoda with willow trees is so beautiful that is counted as one of the eight views of Nara. Since it is close from the center of the city, the pond is a relaxing place for citizens too.


*15 minutes by car from hotel